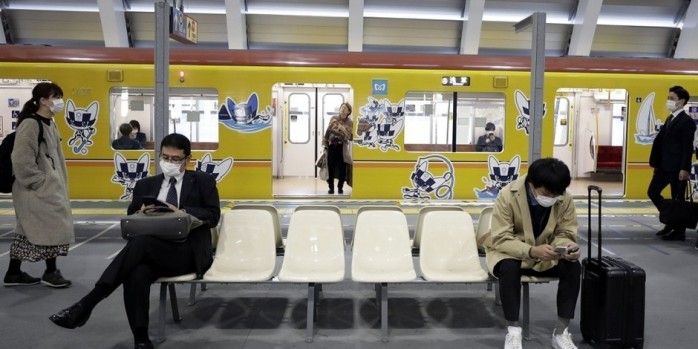 No coronavirus clusters have been found on subways, trains and buses in those countries. Does that mean public transportation is less risky than thought?

Between May 9 and June 3, 150 clusters of new coronavirus cases emerged in France, according to the country’s national public health body. Defined as three cases or more of Covid-19 linked by contact, these clusters occurred largely in the sort of places you might predict they would: healthcare facilities, workplaces and homeless shelters — all sites where people mix in enclosed spaces for long periods of time and, in the case of hospitals, where people who are already infected are likely to congregate.

What was striking however, was the number of clusters associated with public transit: There weren’t any. For almost a month, not a single Covid-19 cluster had emerged on France’s six metro systems, 26 tram and light rail networks or numerous urban bus routes.

Given the enclosed, ill-ventilated nature of subways and buses and the ease with which they can crowd even during lockdown periods, this apparent lack of clustered cases might come as a surprise. But the results from France closely parallel reports from Japan, whose coronavirus containment strategy focused intently on finding these Covid-19 clusters rather than strict lockdowns, social distancing regulations and mass testing. As Science reported when Japan lifted its state of emergency in late May, most infection clusters there were connected to gyms, bars, music clubs and karaoke rooms; none were traced to the country’s famously crowded commuter trains.

So why are France’s and Japan’s transit systems not proving to be the super-spreader sites one might expect? And does this mean that buses and subways are in fact relatively safe?

One reason for the absence of detected clusters on public transit is highly encouraging: Passengers seem to be paying attention to safety guidelines. Riders in both Tokyo and Paris have been wearing masks — a habit long ingrained in Japan anyway — and have been maintaining as much social distance as possible. Observers of Japan’s low transmission rate for public transit have also noted that transit riders there tend to travel in silence — significant since speaking is a very effective disperser of virus-infected aerosol.

Japanese public health campaigns have also placed particular emphasis on the effect that conversation can have in spreading contagion. Experts stress avoiding the “three C’s” — closed spaces, crowded places and close-contact situations, such as close-range conversations. Places where the three C’s overlap pose the most risk — not necessarily just trains full of chatting passengers but also, to take an example cited by Japan’s public health advice, sports changing rooms where players congregate after a game.

By avoiding conversation, Japanese transit users can turn a three-C zone into a less-hazardous two-C one. This is by no means a solely Japanese phenomenon, however. Travelers on French trains and buses don’t necessarily talk that much either, and transit systems are never the chattiest of places (especially in a grim mid-pandemic climate where the risks of close confinement are all too clear).

There are other potential factors at play. Train cars may be enclosed, but they are at least partly ventilated, whether it’s by air conditioning systems, open windows or doors opening at stations. Furthermore, people tend not to stay on trains or buses for very long, and the brevity of exposure to potentially infected people while in transit may help reduce transmission. These conditions may not inspire total confidence, but a combination of masking, limited exposure time and some exchange of air could make conditions safer than those in enclosed places where people are close together and unmasked for hours at a time.

Still, the widespread fear of public transit persists, since it’s clear that transit systems do indeed spread contagion to the workers who run them. More than 100 coronavirus-linked deaths have hit New York City’s MTA, with subway crews like train operators bearing the brunt of infections. In London, 37 public transit workers — including 28 bus drivers — have died of Covid-19. In a bid to drive down alarming fatality rates, city transit body TfL was obliged to tape off the driver’s section of buses and make passengers enter only from the middle doors. Such measures have also been employed in many other cities where transit workers have died from Covid-19.

It’s possible that the low figures for coronavirus infections connected to transit systems in France and Japan could be mainly reflective of the limited means at our disposal to detect them. “It is easier to detect clusters in places that are already subject to basic or enhanced epidemiological monitoring, such as healthcare facilities, nursing homes or certain companies” Mircea Sofonea, epidemiologist at Montpelier University, told newspaper Le Parisien. “Statistically, it is more complicated to identify three cases [from public transit] together as they do not necessarily have time to emerge in a few hours.”

In other words, if an infected person is discovered following testing in a clinic, shelter or office, it’s relatively simple to trace who they came into contact with within that building and thus draw a path of the virus’s spread. Making connections between that person and anyone they came into contact with in transit would require testers to trace and test, say, everyone who used a certain subway line within a certain time window — a far more difficult task.

With present data it’s thus not possible to rule out the risks of contracting Covid-19 on public transit. But these findings from France and Japan still suggest something encouraging. Rigorous masking, limited conversation, short exposure times and some ventilation appear to dramatically minimize the risk of super-spreader-type conditions on trains and buses. It is possible, although not yet confirmed, that the links that make moving through cities possible are not those cities’ greatest vulnerability.